When a marriage dissolves, it’s the beginning of a series of difficult decisions both parties will have to make. After deciding to end the marriage, one of the first decisions both individuals need to make is whether they want a contested or uncontested divorce. Both a contested and uncontested divorce have their pros and cons, so it’s important to know the difference between the two and choose the best for your situation.

What is a Contested Divorce?

Contested divorce forces both individuals to reevaluate key parts of the divorce. Instead of signing an agreement to speed the process, spouses have a chance to think about and fight for their priorities. Litigating a contested divorce also provides to both spouses the opportunity to search for and discovery previously unknown assets such as bank accounts, brokerage accounts, inappropriate transfers of money or property, and other assets that were kept hidden from one spouse.  Filing a contested divorce case may also be necessary to determine the value of assets such as a business owned and operated by one spouse.

Steps to Take When Divorce is Contested 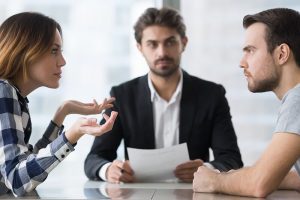 While there are many steps to a contested divorce, sometimes it’s the best option. It gives the judge a chance to review every aspect of each spouse’s life for a ruling that gives you the result you want.

What is an Uncontested Divorce?

It’s not all easy. Soon-to-be ex-spouses still need to communicate with each other. This can be emotionally complex to navigate, especially when there are issues of child custody and visitation, child support, alimony, and complicated assets to divide. On the upside, an uncontested divorce can be less stressful and less expensive than a contested case.

Georgia is a “no-fault” divorce state, so either spouse can seek a divorce, contested or uncontested, without any wrongdoing by the other spouse.  In those cases, the spouse can simply state that in his/her opinion, the marriage is irretrievable broken with no chance of reconciliation.  This eliminates the need to prove any wrongdoing to obtain a divorce.

Georgia also provides specific grounds for a divorce based upon fault-based circumstances.   Just as it sounds, fault-based grounds are when a spouse alleges that the other did something wrong.  Grounds for divorce in Georgia include:

[Related: Benefits of an Uncontested Divorce] 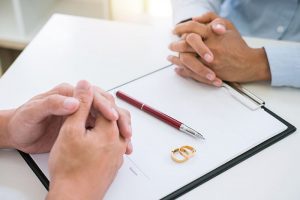 Every divorce is different, and each spouse may have opposing expectations. Spouses considering divorce should evaluate the pros and cons of an uncontested and contested divorce and communicate their concerns.

Hire an experienced divorce attorney to discuss the details of your case and decide whether your situation calls for a contested or uncontested divorce. Contact Boudreaux Law Firm in Augusta, GA, today to schedule a consultation.