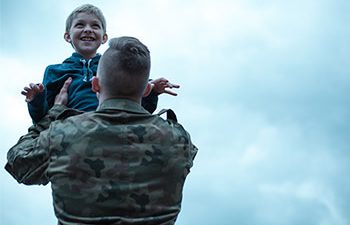 Not all divorces are the same. For instance, a military divorce differs from a civilian divorce in many ways, including where to file a divorce, the way assets are divided, child custody, and retirement pensions. Divorce isn’t easy for anyone, but Boudreaux Law Firm, is here to answer any questions you may have about any type of divorce, including military divorce for any branch of the military (Army, Navy, Air Force, Marines, Coast Guard, etc.)

How and Where to File Military Divorce in Georgia 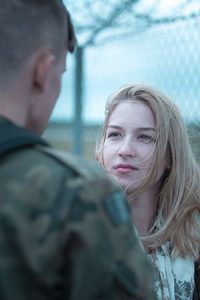 The first major difference between military and civilian divorce is where a spouse can file. Military divorces can’t always be filed in the same place. Normally, a spouse would have to file for divorce in the state that their spouse is living. In a military divorce, however, that isn’t the case since a person may be living in a different state from their spouse while serving in the military. A couple could be from one state, get married in another state, live in a third state, and own property in yet another state. Scenarios like these are what make military divorce more complex than a civilian divorce. There are three possible places where military members and their spouses can file for divorce:

Only one person in the couple is required to be a resident of Georgia for a minimum of six months before filing in the state. This requirement is stretched out to a year if either spouse lives on a military base.

Once the paperwork is filed, the spouse has the chance to respond. Military members have the right, thanks to the Servicemembers Civil Relief Act, to delay court proceedings for  90 days if they are unable to respond or appear in court because of military duties. Judges have the option to grant more time than 90 days.

How Assets Are Divided 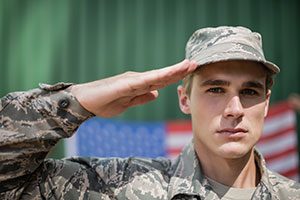 The Uniformed Services Former Spouses’ Protection Act (USFSPA) determines what military benefits the non-military spouse can keep after the divorce. Although retirements pensions can be divided in the divorce process, this act doesn’t automatically entitle a former spouse to a portion of the military spouses’ retirement. Retirement pensions aren’t considered income and fall instead under property in military law. The USFSPA allows courts to divide military retirement pay as well as other property between divorcees.

In Georgia, it’s up to the courts to decide child custody in all divorces involving children, but Georgia’s Military Parents Rights Act helps military parents fight for custody. Parenting and child custody in the military is different than with civilians since it is often that a military spouse is miles, or even countries away from their family. Georgia’s Military Parents Rights Act serves as a guideline for military divorce courts when it comes to the topic of child custody.

Georgia’s current military divorce law doesn’t allow non-military parents to use their spouse’s military duty as the only reason to ask a court for modifications in child custody. Judges are also prohibited from issuing final custody orders while a military parent is deployed or within 90 days of their return.

Military divorce has more uncommon factors that you may not know about than a civilian divorce. If you need help going through a military divorce in Georgia, talk to us at Boudreaux Law Firm. We will help you through a tough time and prepare you for a new future.