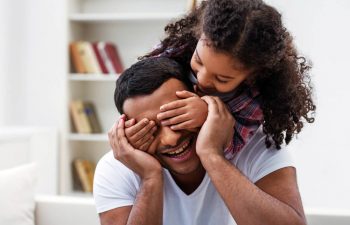 A Guide to Child Custody for Fathers in Georgia

Deciding on child custody after a divorce or if the parents of a child never married can be complicated. If you are a father, understanding a father’s child custody rights in Georgia will better prepare you to deal with a complex or distressing situation.

Boudreaux Law Firm has helped many fathers seeking child custody in Georgia gain custody with quality representation and compassion. Don’t fight for your child alone – call the lawyers who will uphold your child’s best interests while working aggressively for a positive outcome for you. 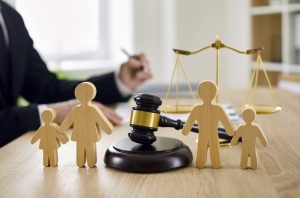 There are two different types of child custody that fathers in Georgia need to understand. Legal and physical custody can be given to one parent or split between both parents. Understanding what physical and legal child custody entail is essential as a father in Georgia.

When determining child custody for fathers in Georgia, it is essential to establish whether the parents of the children were married at the time of the child’s birth.

In Georgia, if a couple was married when a child was born, the law recognizes the husband as the child’s father unless proven otherwise. As the child’s father, you have the same custodial rights as the child’s mother. However, if a child is born to an unmarried woman, only the mother has legal or physical custody of the child, even if the couple lives together or has been in a committed relationship for several years.

If the child was born outside of marriage, and the father wishes to establish legal rights to the child, he can do so through legitimation. The father would have to file a petition to legitimate and may require a genetic test to prove the biological relationship between him and the child. Legitimation is necessary before the unwed biological father could seek legal or physical custody since he would have no legal rights to the child until the courts establish it.

For a step-father seeking child custody in Georgia, the Equitable Caregiver Act allows a person heavily involved in a child’s upbringing to gain custody or visitation of a child as an equitable caregiver.

When determining child custody for a father in Georgia, the courts will base their decision on the child’s best interest. The courts decide this based on several factors, including:

Establishing legal and physical custody of your child if you are a father in Georgia will be easier with a child custody lawyer at your side. Boudreaux Law Firm has experienced family law attorneys equipped to help your unique circumstance. Contact us today at 706-623-7080 to discuss your child custody case.

Fathers seeking child custody in Georgia must understand visitation. Visitation rights allow a parent allotted time to see and care for their child and enable them to remain a vital part of the child’s life while in the physical custody of the other parent.

Under Georgia law, it is presumed that having both parents involved in the child’s upbringing is in the child’s best interest. So, in most cases, fathers who don’t have custody still get to visit and be a part of the child’s life with visitation rights.

If you are a father fighting for child custody in Georgia, it is best to have legal representation by your side. Contact Boudreaux Law Firm for an experienced child custody lawyer to represent your best interest. Call us at 706-869-1334 today to help you gain custody.